In recent years, the European Union has observed a worrying increase in the popularity of exotic animals, often following the latest craze: the animated movie Teenage Mutant Ninja Turtles boosted the sales of turtles, and Finding Nemo of tropical clownfish. In Europe, about 4 million birds, 640,000 reptiles, 40,000 primates, and 350 million tropical fish are sold each year, most of them taken from the wild. Even bred in captivity and sold legally, exotic animals are still wild by nature and do not make suitable pets.

For many species, especially exotic, life in captivity can have tragic consequences because it may be extremely difficult or even impossible to ensure their welfare. This can seriously affect the owner’s capability to keep such animal, and pose a threat to biodiversity and human and animal health.

EU member states make their own laws concerning the keeping and selling of pets. In Croatia, the Regulations on the conditions required of pet stores, wholesalers and trade shows, originally planned for 2009, should come into force this year. Seeing as pet shops are becoming ubiquitous, and the breeders mass produce animals for sale even as the ones in the shelters are being put to death, these regulations are evidently important and necessary. New exotic animals keep appearing in pet shops in spite of the requirement that pet stores provide customers with written instructions on how to care for the animal.

Croatian law is not clear regarding the selling and keeping of pets, which is detrimental to the animals, people and environment. Legal provisions may ban the keeping of some animal species (Negative List), or permit only certain species (Positive List). A Positive List is preferable due to its simplicity, and because it enables better control over the pet trade and stronger protection of people and the environment. Such list is an effective step toward ending the exploitation of animals as pets.

Animal Friends Croatia suggested to the Ministry of Agriculture supplementing the Animal Protection Act with a Positive List of animals which can be kept as pets. The list was developed by the experts from the Dutch Wageningen University in collaboration with AAP Rescue Center for Exotic Animals and Eurogroup for Animals to promote animal welfare, public health and environmental protection. A Positive List for mammals was introduced in Belgium in 2009, and in the Netherlands at the beginning of 2015, with Positive Lists for fish, birds and reptiles in the drafting phase. Lithuania, Greece and Finland are currently considering introducing the Positive List.

Abandoned exotic animals are a major environmental problem. While some abandoned animals cannot survive in the nature, other species adapt and become invasive, spread diseases, destroy habitats, and drive other species to extinction. Abandoned red-eared sliders are now threatening the indigenous pond turtles in the ponds of Maksimir Park in Zagreb. More than 12,000 alien species have gained a foothold in Europe, costing the EU at least 12 billion euros annually to manage and repair the damage they have caused.

Some animals have long life spans – iguanas 20, snakes 30, and turtles and parrots up to 50 years. Amphibians and reptiles require specific living conditions and appropriate temperature and humidity. Some species require a lot of physical activity. It is almost impossible to provide adequate care for such animals in the long run. Wild animals also transmit around 72% of zoonotic diseases, and some species are particularly dangerous because of their aggressive or poisonous nature.

Animal Friends Croatia also challenged the ridiculous article of the Animal Protection Act which defines breeders as having no less than three “breeding females.” It is only logical that everyone breeding animals for sale should be registered and pay taxes equally.

Animal Friends Croatia opposes the breeding and selling of animals. The only true solution is to raise public awareness that buying and capturing animals is unacceptable. Lawmakers should still take basic steps to control the situation and keep it from escalating. 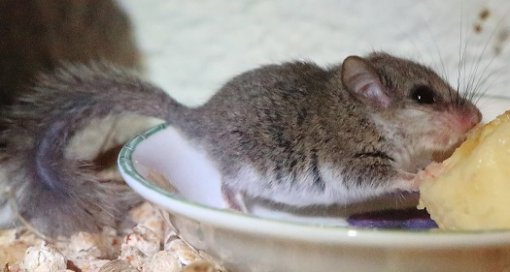