On Maundy Thursday, Animal Friends invites passers-by to refrain from eating eggs and warned about the urgent need to ban battery farming

- A cage packed with animal rights activists, placed on the main square of Zagreb, aims at drawing attention to the suffering of hens and chicken

For gaining at least a little bit of additional living space, even though still in narrow cages, hens must wait until 2012, when battery farming should be completely banned on the territory of the European Union, including Croatia. However, this ban will grant only a somewhat larger cage to the tortured animals and it is quite clear that battery farming should have never been invented in the first place, since it inflicts exceptional suffering on animals.

On Maundy Thursday, April 1, 2010, at 12 noon Animal Friends will enact a performance showing battery farming on Ban Jelacic Square in Zagreb. "Wounded," with their beak "cut off," and full of "ulcerous sores," the activists will cram themselves into the cage and appeal to the citizens to vote for an immediate ban of battery farming and refrain from buying eggs.

In order not only to draw attention to the unimaginable suffering that hens and chickens must go through, but also to show that one can eat tasty and healthy meals without eggs, Animal Friends organizes a tasting of soy medallions fried without eggs, French salad with egg-free mayonnaise, as well as pancakes and sweets made without eggs. The tasting will take place on King Tomislav Square on Saturday, April 3, at 12 noon.

To modern hens, forced to lay as many as 300 eggs per year and spend their lives behind bars, only to end exhausted in slaughterhouses, a larger cage will not equal natural circumstances or comfort, but the ban of battery farming will at least spare them a little bit of everyday torture. Even though they have committed no crime, these hens spend their entire lives cramped in prison cells with no hope of ever drawing a breath of fresh air, feel sunshine on their feathers, create a relationship with their offspring, or do anything else that would be natural for them.

Chicks that are born under artificial heaters instead of the warm feathers of their mother, are thrown onto a selection line to be sorted out and end, depending on their sex, grounded and gassed or destined to lay eggs until they have no longer the strength to push them out of their bodies. Their suffering will end in a cramped transportation van, its last stop being the slaughterhouse. They will finally be able to spread their wings while they are hanging upside down on a line taking them to an automatic knife that will cut their throat and spill their blood, with which their lives will run out of their tortured bodies.

In special batteries for the so-called broilers, chicks are cramped into huge hangars where they are unable to establish a natural hierarchy. That results in mental disturbances and self-injuries, which the producers seek to prevent by cutting their beaks. After a time of stuffing and antibiotic treatments, their mutilated and unnaturally fattened bodies become meat products.

For all these reasons, holidays are the right time to invite people to show compassion and refrain from using huge quantities of eggs. Animal Friends is inviting you to reject cruelty and killing of chicks and hens by not eating their meat and eggs. Your menu can become more tasty, more healthy, and more ethical without animal meat and eggs.

The ban of battery farming is an important and urgent legal step, even though a small one regarding the position of animals, into which they have been brought due to human wantonness. Beside these legal measures, Animal Friends is inviting everyone to change their eating habits, by which they will directly save animal lives, protect the environment, and improve their health.

A video on battery farming can be viewed on our YouTube channel. 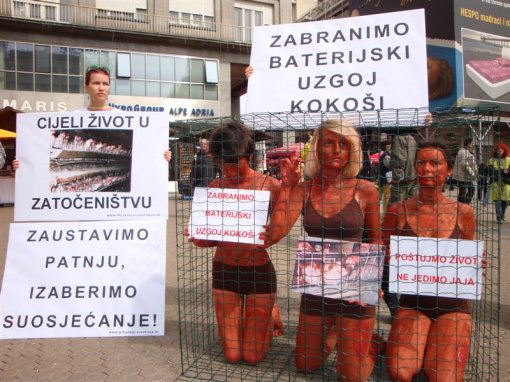 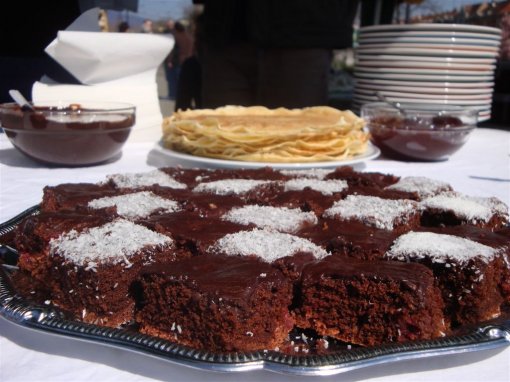