In June 2012 the veterinary inspectors have, under the excuse of implementing the measures for suppressing rabies, killed 46 healthy animals from the City Shelter for Abandoned Animals in Dumovec, the shelter of the association Noah's Arc and from foster homes in just a few days.

The Republic of Croatia's state prosecutor started criminal proceedings against the responsible veterinary officials. Not one of the murdered animals showed clinical signs of rabies during their lives, and the Croatian Veterinary Institute’s reports confirmed that not one of the animals had the rabies virus. Despite this, one of the veterinary inspectors who ordered the killings of the healthy animals has been promoted.

An even greater absurdity is that the veterinary inspectors responsible for murdering the healthy animals in shelters and foster homes have pressed charges against the non-profit organization Animal Friends, which already has insufficient and non-existent funds, asking to be paid 150,000 kuna due to mental distress that they claim they experienced because of public announcements from the organization.

Veterinary inspectors and other veterinary officials have been entering citizens' homes, violating their institutional rights, using false reasons for their visits, as well as intimidation and threats. They murdered vaccinated and non-vaccinated dogs in front of crying and shocked foster carers and their children or took them away with them. Apart from it being unfounded, it is shameful that veterinary inspectors are suing Animal Friends for mental distress, whilst neglecting the mental distress of shelters' employees who had to, in tears, under their orders, kill healthy animals, as well as mental distress of foster carers who watched their dogs dying instead of going to a quarantine.

Even though the shelters in Dumovec have been opened following a citizens' protest, after a few months the veterinary inspection blocked the work of a Zagreb shelter in Dumovec, and then, according to the directive from Zagreb, the veterinary inspection issued a report to Association Victories shelter from Osijek, which is even now blocked and suffering a huge damage with regards to a large drop in fostering.

According to the report, the shelter must stop fostering all newly received animals, i.e. all of the ones that haven't been quarantined for six months or tested for titre antibodies for rabies with negative results. Nowhere else in Europe at abandoned animal shelter is it stipulated that the testing for titre is compulsory. With this the veterinary inspection, after closing two Zagreb shelters in June last year due to non-existent rabies, this time can jeopardize the entire animal fostering system in Croatia due to its unreasonable requests.

Animal Friends has contacted the Ministry of Agriculture on several occasions and requested a meeting with Minister Jakovina in order to point out this important problem that could lead to catastrophic results. However, the governing Ministry didn't show any interest in collaboration and transparent and decisive questioning of the decisions and work methods of their own officials, which as a consequence led to death of innocent animals and distress of their carers.

Animal Friends very seriously considers rabies a dangerous illness, but believes that unprofessional and unethical acts of the individual members of the veterinary profession can, in the event of true rabies, lead to a series of animal and human victims. That's why 46 animal victims demand professional moves from the Ministry of Agriculture and a serious evaluation of their conduct.

During last year's affair the victims were animals and people who care about their lives, and not veterinary inspectors. Instead of seeing, as it would befit the legacy of civilization and a courteous society, the veterinary authorities and animal protection associations together, as partners working on animal welfare and disease control, whilst acting considerately and expertly, we are witnessing incomprehensible and completely inadequate, ignorant and openly hostile conduct from the authorities and individual veterinary officials, especially for the country that is about to join the EU.

Animals Friends is therefore seeking to urgently allow normal operation of the shelters in Osijek and they demand taking responsibility instead of destructive attempts of justification and bringing more damage to animals, non-profit associations, local communities and the citizens' of Croatia. 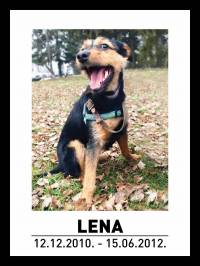