The concert will be held in the Boogaloo Club (ex OTV, Vukovarska 68), on Friday, September 29, 2006, starting at 8 P.M. The following bands will play: Nervousstand, Scroll, Dead by Mistake, Igut, and Hidden Layer.

With this concert, and the vegan tasting before the beginning of the concert, Animal Friends will join many other animal rights and protection organizations, as well as institutions, cities and citizens around the world in marking World Vegetarian Day so as to make people think about an ethical, ecological and healthy diet.

Animal Friends Days will be also marked with lots of other events as info stalls, tastings, lectures, performances, etc. 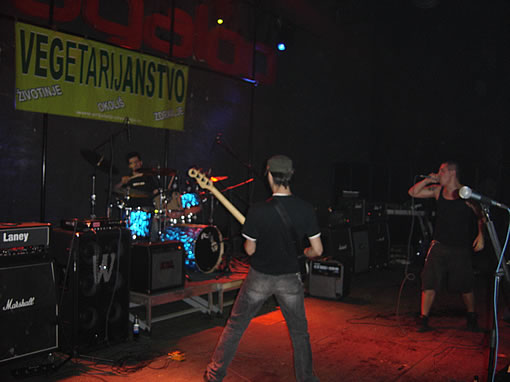