Animal Friends invites to mark the day with creative activism

Animal Freedom Day (AFD) is an international event with the aim to raise public awareness on animal rights and veganism, educate about abuse in farms and find efficient ways to protect animals. It was started by an 18-year-old activist Nadia Masoudi, also the director and producer of the documentary film "Don't Eat Me," which unites all ways of exploiting animals, which will soon be finished. Animal Freedom Day is marked worldwide on July 24 - individually, within the family, in society, in schools, in the streets…

Every person can organize his or her Animal Freedom Day in a way he or she thinks is best - the most important thing is that fighting for animal rights be the main theme. On this day people are invited to adopt a vegan lifestyle - not eating meat and other animal based foods, boycotting circuses, zoos and products that are tested on animals, wearing animal skins and fur and any other form of exploitation.

In order to mark Animal Freedom Day in Croatia as well, an all-day activist program called "No More Cages" has been organized. It is also the theme of the through workshops and socializing planned for that day.

As part of Animal Freedom Day, on July 24, banner workshop is organized in the Animal Friends office in Gajeva 47, which will take place from 4 to 6 P.M. After that the banners made at the workshop will be used in an activist walk through the city center.

The activist walk will start at 6 P.M. at King Tomislav Square, and it will finish in the Sublink Internet club, Teslina 12, where a socializing with activist music and vegan refreshments will start at 7 P.M.

Works of art with the "No More Cages" theme made by young activist of the Animal Friends will be exhibited at the socializing. To keep the atmosphere of activism, dress code for the socializing is an activis t-shirt or a badge, a sticker, a slogan on a cap - that is to say anything with an animal rights message.

You belileve that animals do not belong in circuses? That meat is murder? You oppose exploiting animals for any purpose?

This is the perfect opportunity to express yourself and show the people around you how you feel about animal rights. 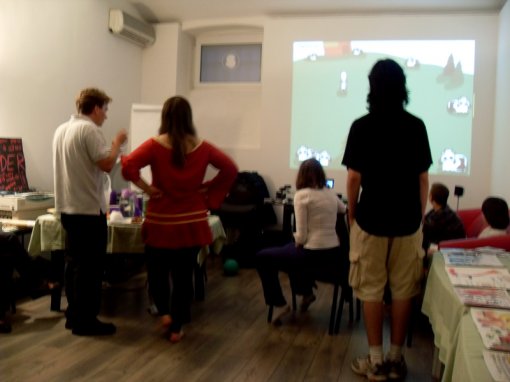