To announce the ZeGeVege Festival, Animal Friends is organizing a picnic on Friday, August 31, 2012 at 11 A.M. on Trg bana Jelacica in Zagreb. Picnic blankets and baskets full of healthy fruit, vegetables, sandwiches, and cookies will be placed around the main square's clock.

In addition to the Smoothie Cycle, a short film featuring celebrities like Steve-O, Mike Tyson, Ellen DeGeneres, and Jamse Cromwell talking about veganism will be presented during the picnic. This video can be viewed at: www.youtube.com/afcroatia.

On September 7-8, 2012, the 5th annual ZeGeVege Festival will feature over 50 domestic and foreign exhibitors, dancers and singers, various food tastings, children's workshops, free makeup and hair styling, a reasonably-priced restaurant with healthy meals, more than a hundred prizes and promotional sales, and many other fun, educational activities.

The goal of the ZeGeVege Festival is to help Croatian citizens understand how to use natural resources in a sustainable way without harming the environment and endangering animals and the well-being of other people. To date, more than 60,000 people have visited the ZeGeVege Festival.

This year's ZeGeVege Festival will be organized as a part of Veganmania, a well-known festival which has been organised for years in Austria, Germany, and Switzerland and is now being introduced to Slovenia and Croatia. The ZeGeVege Festival is also a part of the Green Monday campaign, which is gaining more and more popularity among state institutions. Green Monday's aim is to raise awareness about the impact of our diets on our health and the environment.

In addition to hearing about what's offered at the ZeGeVege Festival, picnic attendees will learn about the Veggie Challenge which will begin during the festival and last until World Vegetarian Day on October 1st. The purpose of the Veggie Challenge is to showcase the advantages of a vegetarian and vegan diets and to spread awareness about the ethnical, health, and ecological values of a sustainable lifestyle. 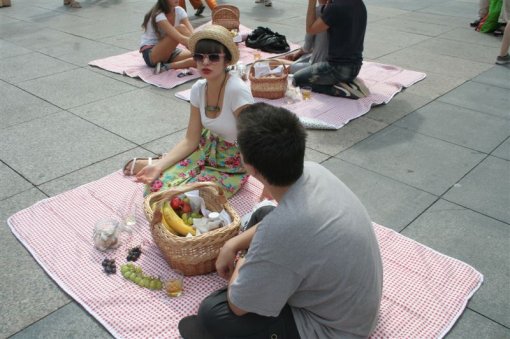