After civil organizations and Croatian celebrities, chinchillas are getting support outside of Croatian borders

After Goran Visnjic, Ivica Kostelic, Vanna, Luka Nizetic and Iva Sulentic, completely appalled by the initiative for abolishing the ban on breeding of chinchillas for fur, TV star and presenter Sharon Osbourne decided to state her strong opinion on this matter: ''I applaud Croatia's decision to ban fur farming as many other European countries have done, but I was shocked and disappointed to learn of a proposed exception to the ban that would allow the breeding and slaughter of chinchillas for their fur. On behalf of kind people everywhere, I urge you to please consider the following information and then make the decision to protect a complete ban on fur farming.''

The information to consider is rather obvious - because of physical and mental suffering, insufficient number of inspectors for monitoring of chinchilla farms, as well as an ethical catastrophe of killing innocent creatures for absolutely unnecessary luxury, it is impossible accomplish even the minimum amount of animal welfare in breeding animals for fur.

Pleading for the victims of fur industry, Sharon Osbourne states: ''I used to wear fur but had a change of heart after learning about how terribly the animals suffer. As you can see in this exposé [link] that I recently narrated for PETA, chinchillas are often confined to tiny, filthy cages before workers snap their little necks or electrocute them. "Toe-to-ear" electrocution immobilizes chinchillas but leaves them conscious as they experience all the pain and agony of a full-blown heart attack. As on most fur farms, the animals seen in the exposé were denied veterinary care, and the owner of the farm even splinted broken bones and amputated limbs without anesthetics.''

Animal Protection Act with a law provision for ban on breeding animals for fur came to force in Croatia in 2007. The ban was supported by more than 73% of the citizens, with a 10 year transitional period for chinchilla breeders.

By the end of the transitional period, there was only one fifth of all breeders left; the ban came to force in countries like UK, Austria, Slovenia, Macedonia and many others. Good news are also coming from the fashion industry in which many of the famous brands like Armani, Hugo Boss, Tommy Hilfiger, Calvin Klein and Stella McCarthey stopped using animal fur.

Because of ethical, ecological and many other reasons, Sharon Osbourne kindly concludes her letter to minister Romic, asking him to take a stand against "horrific cruelty to animals" and use his influence to spread the message of compassion.

Animal Friends believe that minister Romić won't sign a death sentence to the innocent, already protected animals, but rather make a decision towards the betterment of the Animal Protection Act.

You can read the entire letter from Sharon Osbourne to minister Romic and find a petition for a better law on the website www.prijatelji-zivotinja.hr. 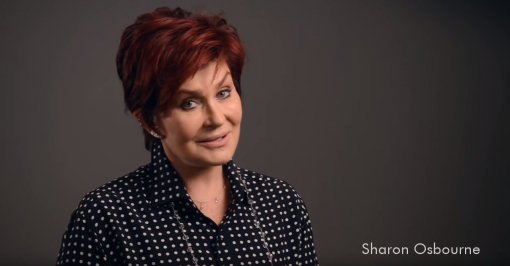