Avian flu, swine flu, Ebola, SARS, MERS, false cowpox, contagious ecthyma of sheep and goats, virulent Newcastle disease and now COVID-19 - all these are viral animal diseases that people can also become infected with, that is, zoonoses. They have originated and spread in places of exploiting huge numbers of animals, such as unclean and smelly industrial farms and slaughterhouses, overcrowded markets and fairs with domestic and wild animals, and various facilities with sick and infectious animals. The United Nations has concluded that as many as 75 percent of newly diagnosed diseases come from animals, and most are related to animals used for food. Regardless of whether they are domestic or wild animals, the habit of eating meat has led us to the emergence of pandemics in the past and present, and if we do not become aware, in the future.

On the occasion of World MeatOut Day, which has been celebrated around the world on March 20th for the past 35 years, Animal Friends say that all these diseases and new ones can be prevented by switching to a vegan lifestyle and eating only plant-based foods. "Let's eliminate animal cruelty from our diet, educate ourselves, replace the hideous tradition with knowledge, protect planet Earth, stop climate change, eradicate world hunger, prevent the emergence of new deadly diseases, save animals and preserve our own health. Our future and hope for survival are in veganism, which is the only right way out of this horrific situation that we, as humanity, have brought ourselves to," said Animal Friends decisively.

They state that animals in industrial farming, in order to be economically viable, in a very short period of just a few months reach a weight that would take much longer in natural conditions." They force-feed them with hormones, medicines, growth stimulants, coccidiostats, additives, and various poisons and chemical compounds to withstand abhorrent growing conditions and to gain weight as quickly as possible and produce as much milk and eggs as possible. Most herbivores become cannibals because they feed on members of the same or other species. Cow's madness, a deadly neurodegenerative disease of cattle, also came about because of our habit of eating meat, since cows were fattened with meat bone meal obtained from processing carcasses of infected sheep," warn Animal Friends.

They add that by consuming meat, milk, and eggs, the antibiotics that animals receive on a daily basis enter the human body, and humans become less resistant to new disease-causing microorganisms. Although scientists have been warning for years that new, more resistant and deadly bacteria and viruses are being created at farms and slaughterhouses which are packed with sick animals, it is worrying that by 2050 more people will die from these diseases than from cancer.

Because of the tradition-rooted habit of eating meat, keeping a large number of animals in one place during breeding, and the consumption and mixing of domestic and wild animals have made it possible to develop new, stronger diseases, such as the coronavirus. Most modern diseases and infections have originated on farms, or are caused by the consumption of animal products. By our interfering with the natural world, the backward thinking that eating animals will cure us or that eating exotic animals is a status symbol, by placing animals in unnatural, unhygienic and extreme conditions, we become the target of mutated and deadly viruses and bacteria.

Meat and animal products are fiber-free, rich in cholesterol, saturated fatty acids, and toxic compounds and are at high risk of contamination with pathogens such as salmonella, E. coli., Campylobacter, Mycobacterium (causes tuberculosis), Bacillus anthracis (causes anthrax), Coxiella burnetii (causes Q-fever or slaughter fever), Listeria monocytogenes (causes listeriosis) and parasites (flukes, tapeworm, Trichinella spiralis…). In addition, because of the stress caused by transport and the awareness that they will be slaughtered, animals release a large number of toxins into the blood.

"The simplest and most humane solution to the pandemic of the new coronavirus is veganism as an ethical, ecological, non-violent and the only viable way of life. Stop the slaughter of innocent animals that pay the price of human wantonness and selfishness with their own lives, which eventually comes back to us like a boomerang and leads to human sacrifices that can be avoided by vegan diets," Animal Friends conclude.

More information on veganism and the application form for the Vege Challenge can be found at www.veganopolis.net. 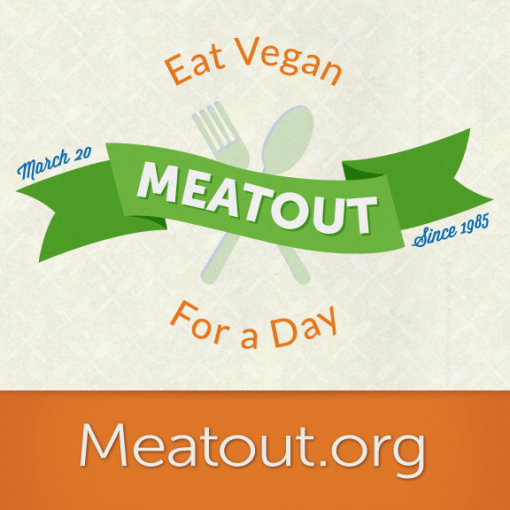