- If we don't want to protect our environment ourselves, maybe we can be forced into doing so by the latest provision by the European Commission

On November 4, 2013 the European Commission has accepted the suggestion that demands that its member states reduce their consumption of thin plastic bags. Amongst the suggested measures, member states can choose those that they deem most appropriate, including taxes, and national goals that outline a reduction or ban of plastic bags in certain cases. Encouraged by this provision, Animal Friends is appealing again to the Ministry of Environmental and Nature Protection to bring in measures that would solve the problem of the constant consumption of plastic bags that have an adverse effect on the environment and animals.

Animal Friends submitted a petition to the appropriate Ministry in 2009, asking for a legal ban on plastic bags, with over 27,000 collected signatures. Unfortunately, nothing definite has been done about this and the same petition is still available for signing at www.prijatelji-zivotinja.hr.

Animal Friends has again sent a request to the Ministry of Environmental and Nature Protection and the minister Zmajlovic, whom they have been waiting for an appointment with for months, believing that this year should end with a definitive agreement and a decision.

Each year there are over 500 billion plastic bags used in the world, and due to the high costs, less than 1% of them get recycled. The others end up in waste sites and in nature where they kill hundreds of thousands of sea animals and birds that mistake them for food, causing them painful and slow deaths. Plastic bags also cause great ecological problems because they take decades to disintegrate into smaller parts and in the end they turn into plastic dust, which is undesirable in the environment because it pollutes ecosystems and ends up in our food and water.

The Republic of Croatia is promoting itself to tourists as a unique place with preserved natural heritage and rich biological diversity. A question arises regarding how the ugly sites of plastic bags that can ruin our coast and trees they hang from fit into the idea of a preserved Croatian environment? It is not just about a lack of aesthetics, but also about a very obvious lack of ecological awareness. Not only does it leave a bad impression on tourists, but the natural habitats and lives of animals are also being irretrievably destroyed.

In order to stop the uncontrolled consumption of plastic bags, Animal Friends suggests a tax on plastic bags (i.e. a levy which would make sure not one plastic bag is free) that could cost 2 kunas per piece, for example. Our intention is not to burden the already overloaded budget of citizens, but rather to encourage them to use ecologically acceptable carrier bags and shopping bags. Such a provision would encourage the shops and shopping chains to offer citizens longer lasting and ecologically sound solutions that are reasonably priced. Funds collected in this way could be redirected to the fund for preserving the environment, which would contribute to further progress.

Even though Animal Friends' primary aim is to help animals that are dying slowly and through terrible suffering caused by plastic bags, we can claim with certainty that such a law would have a big echo in Europe and it would have a positive effect on our economy, especially the tourism sector. This way Animal Friends invites citizens to ditch plastic bags and instead use long lasting bags or baskets, thereby ensuring a safer and cleaner future. 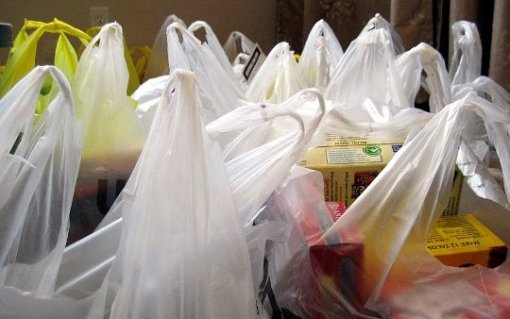