Animal Friends is honored to invite you to a promotion of controversial and intriguing book by Charles Patterson ETERNAL TREBLINKA: OUR TREATMENT OF ANIMALS AND THE HOLOCAUST

After English, Italian, Czech, Polish, and German edition, thanks to the quick reaction of Animal Friends and publisher Genesis, in translation of Bernard Jan Eternal Treblinka (Vjecna Treblinka) is this year published in Croatian as well. This book leaves no one indifferent; it fires up controversies all over the world and not once its author held lectures whilst in front of the buildings people demonstrated. On the other hand Germany's leading scholars and media figures selected Eternal Treblinka among the country's ten most important non-fiction books in Germany in February!

Promotion of the book is organized in cooperation with the Department for Culture of City of Zagreb and will take place in Cultural-informative center, Preradoviceva ulica 5, on May 18 at 7 P.M. The lecturers on this promotion will be: Boris Beck, journalist and columnist of Nacional magazine; Ph.D. Suzana Marjanic, scientist on the Institute for ethnology and folklore; Hrvoje Juric, assistant at the department of ethics at the Faculty of Philosophy in Zagreb ; Bernard Jan, writer, translator and animal rights activist and Miroslav Vukmanic, the editor of the publishing house Genesis.

The title of the book Eternal Treblinka: Our Treatment of Animals and the Holocaust is from The Letter Writer, a short story by the Yiddish writer and Nobel Laureate Isaac Bashevis Singer (1904-91), to whom the book is dedicated: "In relation to them, all people are Nazis; for the animals it is an Eternal Treblinka." The book examines the origins of human supremacy, describes the emergence of industrialized slaughter of both animals and people in modern times, and concludes with profiles of Jewish and German animal advocates on both sides of the Holocaust, including Isaac Bashevis Singer himself. As disturbing as Eternal Treblinka's revelations are to read, the book's message is one of hope.

According to the author, the first two parts of the book put the issue of the "Nazi" way we treat animals in historical perspective, while the last part profiles people - Jewish and German - whose animal advocacy has been, at least to some extent, shaped by the Holocaust.

Without a doubt Eternal Teblinka will keep fireing up many discussions and controversies, but, if nothing else, no one could neither to it nor to Dr. Patterson complain with the words of Helmut Kaplan: "Where were you during the Holocaust of the animals? What did you do against these horrifying crimes? We won't be able to offer the same excuse for the second time, that we didn't know."

Some of the reviews:

"Charles Patterson's book will go a long way towards righting the terrible wrongs that human beings, throughout history, have perpetrated on non-human animals. I urge you to read it and think deeply about its important message." - Dr. Jane Goodall

"... promises to be one of the most influential books of the 21st century." - Dr. Karen Davis, United Poultry Concerns

"This book is going to change the world." - Albert Kaplan, Laidlaw Global Securities

Charles Patterson, Ph.D., is the author of Anti-Semitism: The Road to the Holocaust and Beyond, From Buchenwald to Carnegie Hall (co-author with Mr. Marian Filar), The Oxford 50th Anniversary Book of the United Nations, and The Civil Rights Movement. He lives in New York City and is a member of The Authors Guild, PEN, and the National Writers Union.

More information about the book and its author at: www.powerfulbook.com. 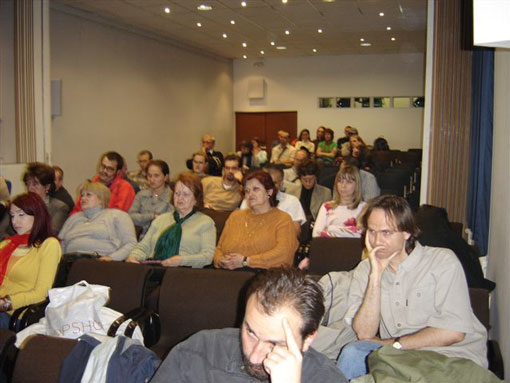