The story of a momunemt that divided the nation

When the brown dog memorial was erected in London during 1906 as a simple protest against animal experiments, it caused an extraordinary national controversy. A deliberately provocative monument to a martyred mongrel, it became an anti-establishment emblem supported by a radical coalition of suffragettes, trade unionists and members of the fledgling labor movement.

It led to serious disorder in the streets of the capital, sparked off the "brown dog riots" of 1907, and set the country humming with debate over the rights and wrongs of vivisection - until its dramatic disappearance five years later.

Peter Mason charts one of the most intriguing controversies of Edwardian Britain. 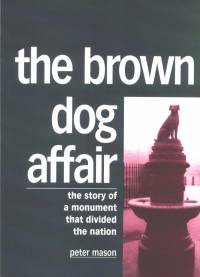