Mercy for the Foal

Animal Friends Croatia (AFC) received a tip about a seriously sick foal on Josip Tudja's farm. The foal can't get up even with assistance and won't be able to survive without vet treatment. Veterinarians caution that the lungs and overall health are at risk in such cases, which may cause death.

Tudja himself admitted to the direness of the situation in his media statements, claiming to lack means to provide adequate vet care and regular meals for the horses. He admitted that 15 of his horses have died in the last couple of years. A farmhand alleged that 3 horses died just last month from starvation and parasites.

Recent photos of 20-30 malnourished horses show stick-thin horses who are covered in wounds and have their hair falling out. They evidently need constant veterinary supervision, treatment, and regular meals. Tudja admitted that he can't afford any of it.

AFC President Luka Oman said: "We brought criminal charges for animal abuse by withholding food and water and exposing animals to arduous conditions for a long period of time. This is punishable by up to six months in prison and confiscation of animals. But these horses won't live to see the outcome of court proceedings, they need to be taken away and rehomed immediately. We urge Josip Tutja to put up the horses for adoption."

Tudja publicly admitted that he would be happy to "get rid of" the horses. AFC has received calls from citizens and associations who want to adopt the horses, which is the only way to save the poor animals. As the horses have suffered abuse for a long time, making them sick and causing their deaths, the irresponsible "caregiver" should be banned from keeping animals ever again.

For more information about the Oroslavje case, click here. 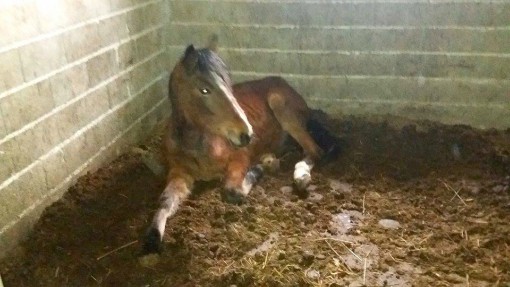