09/01/12 Protest Against Dolphin Slaughter in Japan

Animal Friends organizes a protest against dolphin slaughter in Japan

On September 1, 2012 at 11 A.M. Animal Friends will organize a protest against dolphin slaughter in front of the Embassy of Japan in Zagreb, Boskoviceva 2. This year, protests will be held on the hunt's opening day in 93 cities around the world, including Tokyo for the first time. Every year in Japan's Taiji bay over 20,000 dolphins are slaughtered. Some of the dolphins are sold to aquariums and water amusement parks where they are constantly tortured and molested for the profit of the entertaiment industry.

The Japanese fishermen hunt the dolphins from September until April every year. Fifteen ships spread a fishing net and force the dolphins to swim toward shallow water. Once they are there, the dolphins are captured by having the fishing net circle close around them and some are even forced to the coast. Trapped in the small space, the dolphins franticly try to swim in circles. Fishermen then stab them with hooks and harpoons and pull them on board to be furher processed for food and fertilizer. In this way the Japanese fishermen kill over 20,000 dolphins every year.

Ric and Helene O'Barry, who documented the Japanese dolphin slaughter on behalf of organizations One Voice and Earth Island Institute, say that the dolphin slaughter begun at dusk as usual. It took four hours for fishermen to kill all the dolphins and take them to the slaughter house. The dolphin's hearts were broken from seeing so much pain and suffer. The dolphins spent four hours listening to screams of other dolphins sufferering and swimming in blood before they themselves were killed.

Striped dolphins captured the day before spent all night in a small space, swimming in circles and hyperventilating. At dusk the fishermen came with their hooks, knifes, and long lances. They forced the dolphins to shallow water and started to stab them randomly with sharp hooks. In many cases they had to stab them more than once to be able to pull them to the board. During that time the dolphins are still alive. Other fishermen threw lances at the dolphins. It seemed that some of the fishermen were even having fun, like they were at a sporting event.

The dolphins were seriously tortured. Some were bleeding to death after being stabbed. It took a long time for them to die. Some of them were cut alive when the propeller of fishing boat struck them.

The dolphin hunters simply lie when they say they kill dolphins in a humane way. For the last few years they refuse to let anyone see and document what they are doing. All these dolphins have suffered a terrible, long death.

By organizing protests and petitions around the world people are trying to stop dolphin slaughter in Japan. 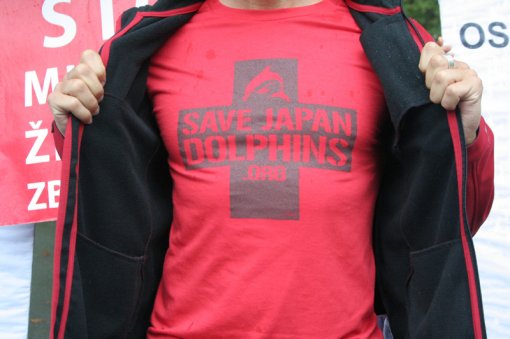 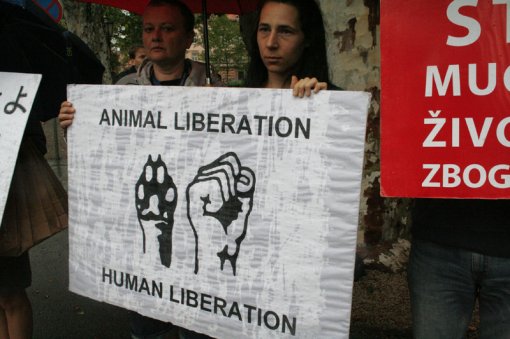