After the startling response of the Ministry, Animal Friends Croatia sends another appeal to the Government

The Croatian Government should soon receive the Draft Proposal of the Hunting Law for approval. Animal Friends Croatia (AFC) has already warned of the regressive provisions which are contrary to the interest of Croatian citizens and to the protection of nature and animals. These provisions, AFC stated, favor only the interests of individuals and can, as such, cause long-term damage to Croatia.

The Government may still receive the Draft Proposal of the Hunting Act, which may introduce the possibility of hunting animals with a bow and arrow. The Hunting Act already has an outdated and vague provision on killing dogs and cats with impunity. This was pointed out by The Minister of Agriculture Tihomir Jakovina in his response to AFC's objections to the Draft Proposal.

Although the AFC stated a detailed argument on why the bow hunting of animals is a threat to both animals and people, the Minister claimed that it could not be taken into account because "it has not been scientifically proven that bow hunting is dangerous". The Minister added that this form of hunting "enriches the hunting and tourism offer" of EU Member States. It is hard to believe that such an explanation was even written and that it should justify the torturing of animals, introducing a new dangerous weapon, thus changing the Hunting Law and many other laws and regulations.

The AFC proposed the redefinition of the very controversial concept of "removing cats and dogs from hunting grounds", to which Minister Jakovina responded with the following: "The law does not prescribe the manner in which the hunting license holder removes stray dogs and cats from hunting grounds. The Hunting license holder is free to remove the stray animals in any way he chooses depending on the circumstances. For example, a hunter is free to put the stray dog, who is friendly enough, on a leash and hand him over to the owner noting that it is illegal for a dog to not be on a leash and to wander around unsupervised." It is even harder to believe that something like this really is an official reply from the Ministry. Such a response clearly warns that the word "removal" is controversial, cruel and outdated, so replacing it with "relocation" is logical and necessary.

Shouldn't the legislation apply to all citizens equally? According to Article 55 paragraph 2 of the Animal Protection Law, adopted by the same Ministry, "the person who finds an abandoned or lost animal is obliged to inform thereof any animal shelter". Based on the Minister's response, article does not oblige hunters as well. They can choose whether to inform an animal shelter of finding a stray dog or they can immediately kill it! The hunters are left with free choice to decide whether some lost pet or stray animal lives or dies.

Is it possible that "ordinary" citizens could spend a year in jail for killing a dog with a rifle, but hunters are allowed to shoot dogs freely? Is everyone allowed to interpret the regulations according to their wishes and interests? Isn’t the Croatian language rich enough for us to write "relocation" instead of "removal", so it can not be misinterpreted? Are Croatian citizens forced to fear for themselves and their pets? Will hunters be free to "remove" unfriendly dogs and cats with one shot

The introduction of the silent weapon, such as a bow and arrow, would bring even greater possibilities for hunters and their sadistic recreational activities. Animals would be exposed to even grater agony. Such activities may result in a threat to people and damage the reputation of Croatian tourism. Animal Friends Croatia appeals to the Government on behalf of all citizens to decline the regressive provisions that jeopardize the already minimal protection of animals.

For more information and the full response of the competent ministry go to www.prijatelji-zivotinja.hr. 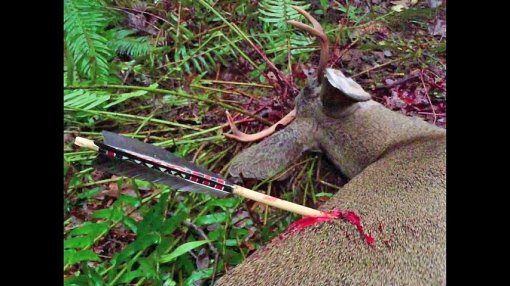 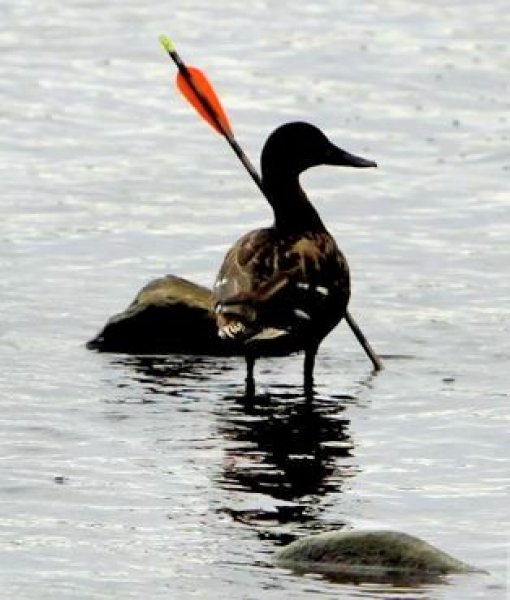 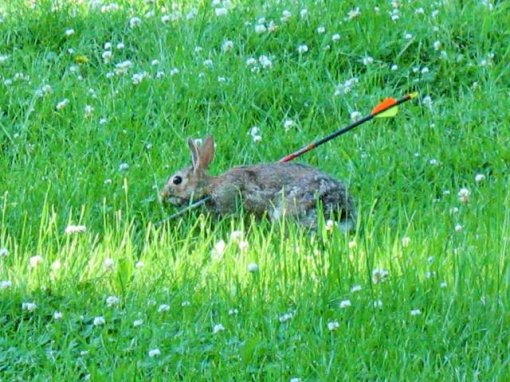