Animal Friends invites you to their first open-air video projection

Animal Friends is starting with the public video projections which will show people what animals go through because of man's unscrupulous treatment of other animal species and their rights. Tormenting of sensible beings which is in most cases very well hidden far away from the public eye, will at least for the moment be disclosed to those who choose not to live with disregard of direct connection between their own lifestyle and cruelty to animals and destruction of the planet.

Animal Friends invites you to a video projection starting on November 9 at 6 P.M. on King Tomislav Square where there The Captive Animals' Protection Society-CAPS documentary "Sad Eyes and Empty Lives" showing all the misery and wrongness of zoos will be screened. Film lasts about 17 minutes and will be projected 10 times during the evening. At the info stall, which will be set by the projection screen, visitors can get printed info materials about animal rights.

New cages won't help animals in zoos, but only rising in awareness of people who don't find it funny to watch caged animals that are bored to death in small cages, lonely and far away from their natural environment which causes psychotic and self-destructive behavior known as zoochosis.

Zoos are no animal shelters or simulated natural habitats, but rather lifelong jails for animals where any possibility for their natural behavior is viciously taken away from them. Therefore any educational function of zoos is groundless especially today when there are so many documentaries showing animals in their natural environment. It's actually pretty absurd.

Zoos should become a thing of the past, and people should respect the needs of other animal species by repressing their natural urge to keep someone jailed for life only for a simple reason – they like to watch them.

Animal Friends calls people to their first public video projection during which they will try to make them aware why they shouldn't support caging of animals in so called prizoons.

Animal Friends plans to run the open-air video projections on a regular basis in the evenings with various themes related to our treatment of animals. 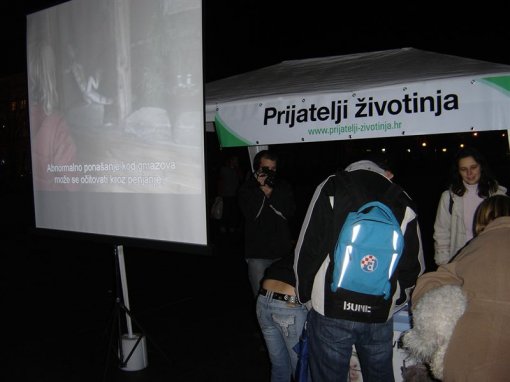 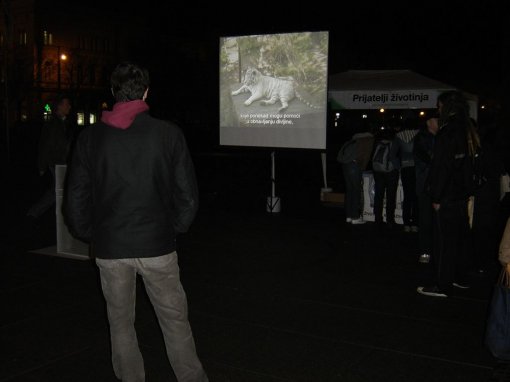 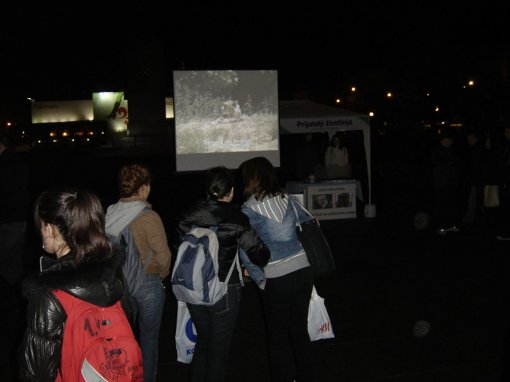 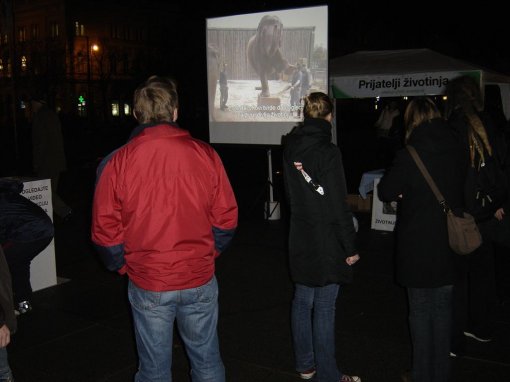 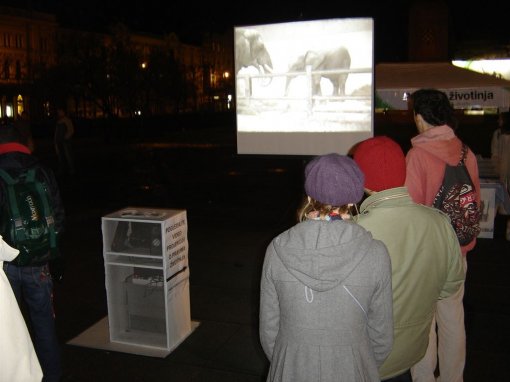