Together with nature and animals, the first day of spring awakens in us the compassion and awareness about the benefits of a plant-based diet. Ten pizza places thought so too, and decided to take part in this year's Meatout by introducing a cruelty-free, vegan pizza on their menus.

On March 20, 2017, at 11 A.M., visitors can try some of the pizzas at the Animal Friends stall in Zagreb's Ban Jelacic Square. The organization Farm Animals Rights Movement has been celebrating Meatout for 32 years, and Animal Friends are this year marking the 16th annual Meatout in Croatia. With the slogan "Vegan pizza for everybody," the organization wants to promote the benefits of a vegan diet.

Vegan pizza will from March 20th be available in Zagreb, Osijek, and Split. These cities are joining the global trend and hopping on a bandwagon of globally known pizza chains in the US, Canadian, the UK and other places that are meeting the demand of an exponentially growing population of people leading a plant-based lifestyle by introducing pizzas with vegan cheese. Vegan pizza is gaining popularity in Croatia too, not only because of its juicy deliciousness, but also because everyone can enjoy it, regardless of their eating habits.

Vegan options, including those served in fast food restaurants, are always better for your health. Another reason that people are increasingly turning to them is the growing awareness about the negative impacts of the dairy and meat industry on the environment and animal welfare.

The awareness about plant-based diets is also reflected it the growing demand for plant-based products and meat, dairy, cheese, and egg alternatives in Croatian stores and restaurants. This really greased the wheels of the participating pizza chefs and they had no trouble coming up with their culinary masterpieces. The combinations are endless: a wide variety of veggies, soy products, vegan cheeses, seitan, and all kinds of mushrooms. Gourmets can't wait for the March 20th to treat their taste buds to a healthy version of the most popular food in the world, at a discount!

Animal Friends invite everyone to join in the Meatout celebration on March 20 and visit the stall in the Main Square or one of the pizza joints with a vegan pizza special. "Let the arrival of spring be the beginning of a change in our lives!" the organization says. 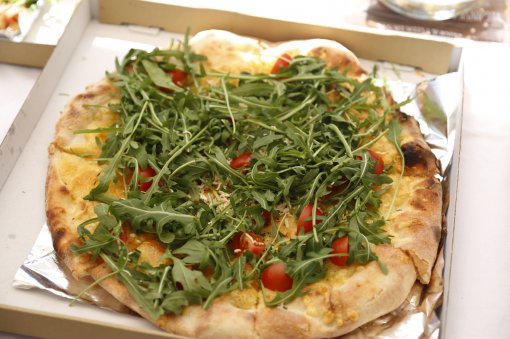