Finally, the Animal Protection Act has started being enforced

The new Animal Protection Act is offering excellent tools that can help animals, people and local communities. The provision by which all cities and municipalities must control dog microchipping is directly addressing the root of the animal abandonment problem. It is also a much-needed, highly efficient way to prevent irresponsibility. Although microchipping dogs has been mandatory since 2004, the controls have finally started and the results are tangible. Citizens in areas where controls have been enforced react well. They know that they can’t avoid this legal obligation, but they can avoid being fined 6.000 kuna. Behind every dog, there should be a known caretaker with a registered name, and that is good for everybody.

Another excellent tool is prescribing permanent spaying/neutering as a way to control the breeding of dogs and cats. It is necessary for local communities to use it as soon as possible, in order to protect animals and people, so they can put an end to abandonment and suffering of puppies, and deal with the irresponsible individuals who are creating costs for cities and municipalities. Spaying/neutering is the only logical and humane way to protect animals and stop filling the shelters. It helps the animals, and it also gives people who want to perform controlled breeding the opportunity to register in the appropriate ministry and do it legally. Spaying/neutering is not only necessary in preventing the suffering of unwanted animals, but it also brings a lot of health advantages for animals who are living with humans.

The Animal Protection Act has prescribed the provision by which everyone who is breeding animals should be registered as such. This poses a problem only for those who want to continue breeding illegally. Spaying/neutering as a means of breeding control is not applied to registered breeders or to animals who cannot be subjected to this kind of procedure due to medical reasons. After prescribing the obligation of spaying/neutering, local communities can make exceptions for justified applications, as well as financially support the procedure for those people who are in need. Unwanted animals can also happen to “responsible people”, so these steps are more than reasonable (and necessary), while being in the best interests of both animals and people.

The City of Cakovec is the first city to proclaim mandatory spaying/neutering as a means of breeding control, and other cities and municipalities should follow its example, since this is a proven approach to stopping the problem and ending daily animal suffering. Dog caretakers will have enough time to enforce the new provision and receive positive encouragement to do a good thing for the animal they love. The City of Cakovec has also announced the mandatory microchipping of dogs and, in that way, joined many local communities that have decided to stop financial losses due to citizen irresponsibility.

There are currently thousands of animals in Croatia that are waiting for homes, and more dogs and puppies are left on the streets every day. It’s time to start dealing with the root of the problem, and it is commendable that local communities have started enforcing the Animal Protection Act to protect animals, people, and their public finances.

Considering that education is also prescribed by the Act, cities and municipalities have started distributing flyers and posters to inform citizens about their legal obligations and responsible guardianship, as well as inviting people to adopt animals instead of buying them. After many years, Croatia is making new strides in animal protection. 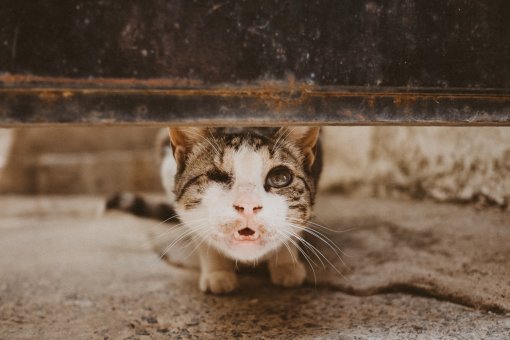