10/28/22 Many Dogs in Chains Will Not Survive Until Legislative Changes in Force!

- Still only today, October 28th, appeals for urgent changes to the Animal Protection Act can be submitted

Animal Friends Croatia got involved in consultation with the public for the Proposal of the plan on legal activities of the Ministry of Agriculture for 2023., lasting still today until midnight. All are invited to use this opportunity for improving animal protection in Croatia and leave their comment on https://cutt.ly/DNfe9Kx seeking urgent passing of the new Animal Protection Act that would forbid chaining of dogs, banning performances of all animals in circuses and keeping tigers in captivity by private individuals and prescribe the so-called Positive Animal List that can be kept as pets.

„Already last year we appealed to the Ministry of Agriculture that in 2022. The new Animal Protection Act be enforced. We presented concrete suggestions for solving the problems we noticed in practical life and that cannot be resolved through the existing legislation, and those are available at www.boljizakon.net. This year, too, we continued to actively encourage the start of amendments to the Act. The Ministry establishes a Commission that will work on it, but the Plan of legislative activities does not foresee the change of the Act even during the next year ”, Animal Friends Croatia points out.

Ministry of Agriculture announced last year that in 2022. they plan to establish a Commission that will start with their work, first with collecting the documentation and preparing the analysis based on submitted amendment suggestions to the Animal Protection Act”. After the meeting of Animal Friends Croatia with the Minister of Agriculture Marija Vučković in May this year, the Minister stated that „the Commission work quality will surely benefit through the integration of civil society and professional community into its discussions. The aim is that the potential amendments of the existing Animal Protection Act contribute to better animal protection and increase awareness of the importance of care and well-being of animals during their keeping and breeding, that, amongst else, also includes the possibility of prohibiting the keeping of dogs on a chain.”

Animal Friends Croatia point out they have started the initiative for the amendments to the Animal Protection Act with the aim to put a complete ban on keeping dogs on a chain and, with other Associations of Animal Protection Network, in 2021. started a national campaign „For Croatia Without Dogs on a Chain”. Therefore, the delay in enforcing the new Act means the extension of suffering for dogs and other animals. Many of them will not, because of this, survive long enough until this legal ban of keeping dogs on a chain, but will instead end their lives tied to a chain.

„Urgent legislative amendments and their consistent application should also help other animals who suffer daily by being exploited for various other purposes. This is the reason we appeal to the Ministry of Agriculture to urgently start the change of the Animal Protection Act and that the Plan of legislative activities foresees the enforcement of the new Act latest during the first quarter of 2024.”, Animal Friends Croatia concludes. 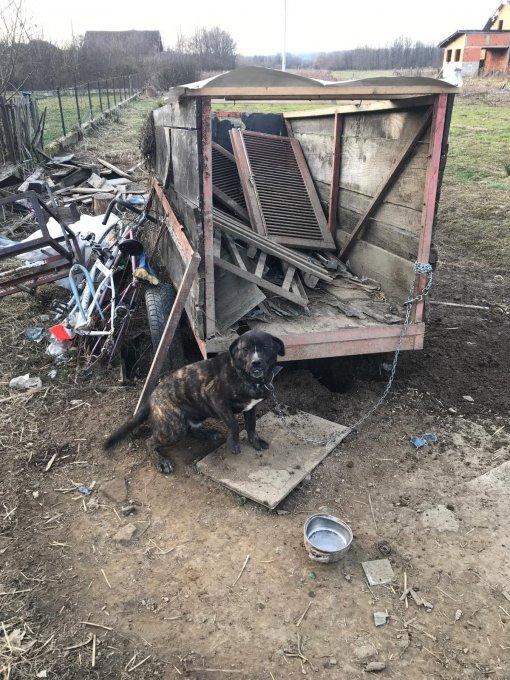