Animal Friends invites the City of Karlovac Municipality to fully support, without reservation, the views, vision and common sense of their fellow Croatian citizens

The City of Karlovac has licensed and entrusted the private company CRPK d.o.o from Karlovac, with a concession of 700,000 kuna (~ € 100,000 ~) for the holding and caring of dogs, who are recovered from throughout Karlovac County. CRPK uses that payment for the dog-shelter of Utinja, 23 km from Karlovac, for the catching, holding and caring of abandoned dogs, for which the term "taking care" is hardly applicable in this unhygienic service and whereupon these dogs are destroyed after 60 days.

The "Shelter" in Utinja, which does not keep an updated or informative website, is known locally as a ''concentration camp'' for dogs. It was opened in 2007 after the closing-down of the dog-pound in Mostanj due to the inadequate conditions at that time for those dogs (also held by the company CPRK ). The owner of the company subsequently announced the provision of ideal and perfect conditions in the "shelter" in Utinja in which the main building would have a "clinic, reception, warehouse, space for staff, toilet and even a bathroom for dogs"; he also said that the "outdoor cages and so-called oases would ''serve dogs for walking" and are in the process of being built.

The latest pictures from Utinja confirm all the dreadful irony of that pronouncement seven years ago. Karlovac's populace has been instead sickened with photos of these foul-smelling and filthy kennels overflowing with freezing, shivering, rain-soaked puppies in terrible conditions, famished dogs which are left to mate in cages, together with desperately sick dogs infected with bleeding diarrhoea. The activists who took these photos also describe the dogs constantly fighting amongst each other. Furthermore, dogs are not vaccinated or microchipped and in addition they witnessed dead and dying puppies.

The Veterinary inspector Branka Horvatic recently visited the "shelter" with a representative of the City of Karlovac, and she stated that the "dogs are in good condition, have enough food and water and that they are vaccinated, photographed and registered".

This reply is surprisingly curious considering that Animal Friends, in January 2011, reported the company CRPK by using insider - testimony from the reports of fellow-investigative German witness accounts, to the Veterinary Inspectorate for the illegal conditions of their holding and treatment of dogs, and the consequent harm to the people of Karlovac who actually finance the work of CRPK. The testimony confirmed that dogs are locked into inadequately small outdoor cages, with no protection from bad or extreme weather, behind bars, in cages where they can't exercise or walk freely. Furthermore, the dogs, because of the irregular cleaning routine, are forced to lie in their own feces or even to eat it, whilst when indoors they suffer in a damp, dark and freezing environment.These dogs don't have a dry place for lying in and during cleaning they cannot find refuge inside a kennel from their being hosed-down with freezing-cold water.

The credible reports are that they microchip and vaccinate dogs only when adopters are found for them or when animal protection associations take them under their care, so that they can then charge them with this cost, although this has already been charged to the City of Karlovac. This way CRPK gains illegally. In the report of the Veterinary Inspectorate regarding the inspector Branka Horvatic, we read that they found irregularities both in the work of the shelter and in the work of veterinary service, so ​the decision was made to eliminate those defects as well as an indictment against the responsible person due to the discovered irregularities.

Added to the contribution of Animal Friends' photos from 2009 and 2010 it is demonstrated that nothing has changed from then, in spite of the reactions of citizens and animal protection associations. Instead of condemning illegal actions, the governing authorities falsely convince the public that the conditions are fine in Utinja and thus shelve their responsibility. Thus they dishonour their profession, refuting the distressing evidence of their own citizens provided in photograhic reports, in which the animals are clearly seen to continue to needlessly suffer.

The public demands answers and rejects the justifications of the City of Karlovac who shamelessly cause to remove abandoned, homeless dogs, to a place far from the eyes of potential adopters, in which animals are not properly supervised, where they receive contemptible and utterly inadequate provision and are made to suffer through company callousness paid for by the people's taxes, by freezing, in sickness, to their eventual death. The City of Karlovac is obliged and legally mandated to transform its unnecessarily passive attitude and make a financially transparent and responsible decision for the building of an animal shelter near town in order to care for abandoned animals in a legal and civilized , approachable manner. The City must request a complete and transparently accountable record of the funded company CRPK, as the elected Municipality should and could, for the same amount of financial-funding, build its own shelter in municipal land.

Animal Friends confidently requests that the Veterinary Inspectorate submit reports against the company CRPK for clear and detailed transgressions of the relevant laws and liabilities in the "shelter" in Utinja instead of applying soothing cosmetic changes and brief bureaucratic replies, for which they together remain liable under the prosecution of civic law. The City of Karlovac Municipality is consequently tasked with severing the contract with the company CRPK; on the basis that the company, as a result of having been reported for found irregularities, over many years, then continues to transgress and flout laws which specifically oblige them and instead wilfully neglects the wellbeing of animals entrusted to them for adoption. 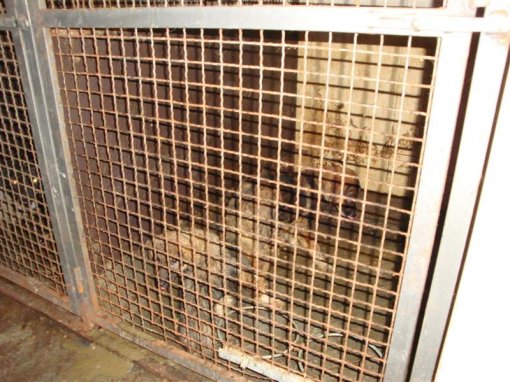 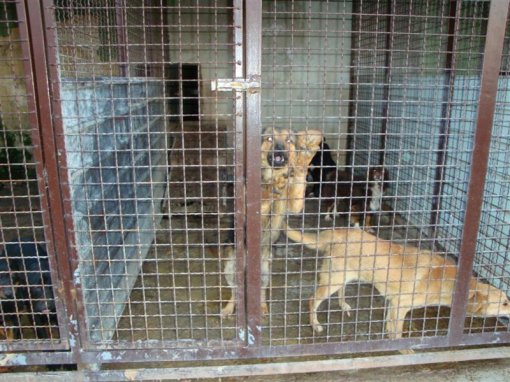 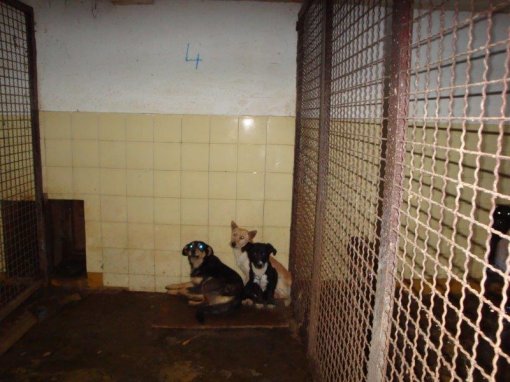