On June 4, 2008 a representative of Animal Friends, together with activists from the NGO Felix, the island Krk, and Lunjo i Maza, Lovran, visited the municipal dog shelter in Benkovac, near Zadar. This dog shelter was brought into disrepute after the employee of the shelter, Dinko Ozakovic sent out a cry for help, claiming to have been threatened by the authorities of Benkovac that all 100 dogs and also a few cats would be destroyed and the shelter closed.

Our representative was contacted by the Tierschutzprojekt Kroatien and requested to get involved and mediate.

In a phone call three weeks ago the mayor of Benkovac Mr. Mirko Erstic expressed the will of the town to improve the shelter, enhance things according to the Animal Protection Act, and hand this shelter over to an NGO which would be founded for this reason. At this time there were some 100 dogs in the shelter.

Three weeks passed after this phone call, and the events came in a rush. Reports from different sources about missing dogs and cats, dying dogs, bad conditions, filthy water, infections and poisoning, negligence, and dog cannibalism accompanied by strong photographs circulated. Our representative also regularly spoke to Mr. Ozakovic, who was locked out from the shelter, sorrowed for his missing and dead dogs. He claimed that in the beginning to have been ordered to take his vacation, which he followed suspiciously. After he left, the locks of the shelter were changed and the misery started.

Mr. Ozakovic keeps observing the shelter, tries to feed the animals and assist the man that replaces him, who has a hard time feeding and caring for them, since the dogs do not accept him in their territory. Mr. Ozakovic reports that the dogs do not receive regularly fresh water and starve.

Soon the situation gets out of hand, Mr. Ozakovic, with the support of Dolores Stanger from the Lovran animal protection group Lunjo and Maza, keeps taking pictures, sending them out with news and tries to report back to a growing international supporting group.

Meanwhile, the German supporter contacted their media and the German national TV station ARD wants to come to Croatia and under the guidance of Croatian born German famous actress Dunja Rajter to get their own impression of the shelter.

Welcomed by a remarkable number of Croatian media representatives, as well as several animal right and protection activists, the shelter is presented to Dunja Rajter.

Before her arrival the activists and journalist take a tour through the shelter, are informed that there are only 44 dogs. The question where the remaining dogs are remains more or less open. The visitors note that most dogs in the kennels are on short chains, fully exposed to the sun on this sunny 35oC hot day. The length of the chains does not allow some dogs to escape from the sun into the shack. It is noticed that the neat water bowls are too small for the number of dogs, there is not enough protection from weather conditions and the eight puppies, maybe three month old without mother do not receive appropriate puppy-food and some dogs are full of ticks. All in all the caring people see that the shelter is under incompetent guidance by its owner Benkovic d.o.o., with its director Mr. Erlic and these animals still suffer.

Suddenly the guests, animal advocates and journalists are to observe a shocking spectacle - one chained dog falls on his legs, starts breathing heavily and a chorus of activists and a few journalists call for the veterinarian, since this dog is collapsing in the sun. Mr. Ozakovic takes him out of the sun, while other animal protectors tell him, to take water and cool the dogs head and body. So the dog again is chained to a nearby bush, and fights for his live, hardly being able to breath. The veterinarian is called but it takes more than 20 minutes until he arrives and takes the animal to the vet station, giving him infusion. The dog wins his fight and in the evening is taken to Dinko Ozakovic's home.

Convincing the mayor and worker the short chains are being removed from dogs and they run freely, barking happily. One little dog even starts to clime the high fence and jumps over to the main kennel, where other peaceful dogs roam. There are no aggressive incidents after the dogs are freed.

Later, when Dunja Rajter comes to the shelter and is guided around, Mayor Erstic promises to learn from these mistakes and improve things. Proving this, the days before this visit all dogs already were inoculated and microchipped. The mayor also promises that all puppies and two weaker dogs can be taken to other shelter, to assure better care for them, since Benkovac right now is a construction place, in order to make this place better for the dogs.

Dunja Rajter requests the representative of Animal Friends to keep an eye on Benkovac, which will surely be done.

The Benkovac shelter is not a single outstanding case in Croatia. The Croatian Animal Protection Act regulates how a shelter must looks like and how animals must be treated and surely is not being implemented at many places in this country.

Facts often are covered up, and animal protectors are being excluded from visits, as it happened in Benkovac on Saturday, May 31, when Dolores Stanger wanted to observe the veterinary visit in Benkovac, and was requested to remain silent and not mix, while Mr. Ozakovic, who has worked alone in this shelter from the beginning, was not invited at all to show his side of the story.

Every county must have a shelter, and those should care and re-home dogs, not kill them.

The problem of abandoned animals has its root in the irresponsibility of single citizens, and with this the entire municipality and citizens in common.

Those who abandon animals must be punished, and those who are innocent about this situation should not be killed because of the situation man has brought them in. 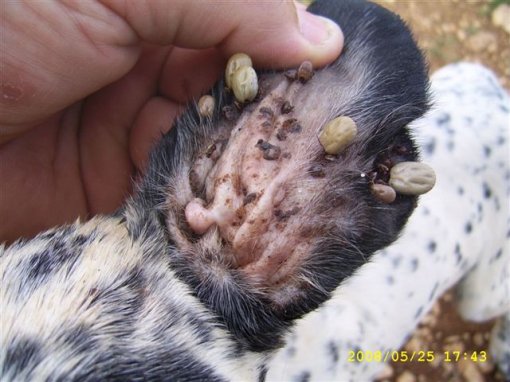